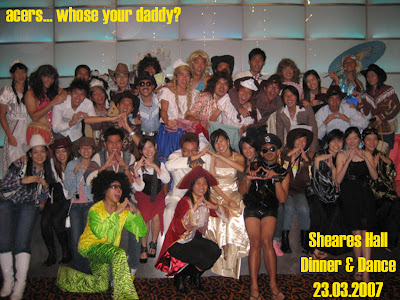 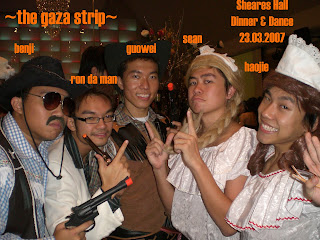 ABash Warmup
ABash Warmup was concluded on 24 Mar 07 (am).
testing of intoxicating fluids proved to be harmful to health yet fun.

substance to be tested: Kil-Kenny
objective: to determine if kenny can really be killed with alcohol


and as they all say, indians are tamade good at drinking. it's damn blackingly true. 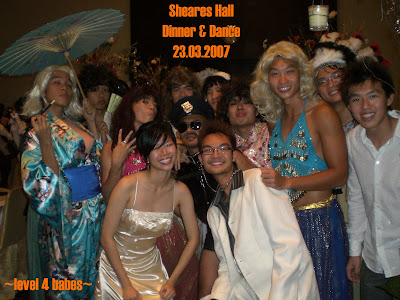 The Union has been carrying out discussions with the Office of Estate Development (OED) with regards to unsheltered areas on campus. Two sheltered link ways are now due to be constructed at 2 strategic locations on the Kent Ridge campus: the first linking the bus stop in front of the central forum to either the Old Admin Block or to the forum, and the other linking Sheares Hall and Kent Ridge Hall to the nearest bus stop.

These two projects were brought up to the attention of the school administration after discussions with the JCRC Presidents and NUSSU Council. Currently, the design of the link way for the Halls is undergoing revision while the link way for the Central Forum is at the stage of conceptualization. NUSSU has received confirmation that the sheltered link way for Sheares Hall and Kent Ridge Hall will be completed by the next semester.


if you want to rent costumes... can join me and my table... we are going to get costumes around bugis area there. should be $35 after student discount... SHOULD be. interested? we're going at 3pm on friday, where we'll go straight to DnD! It'll be fun! Trust me!

And I've added a bunch of videos to let u watch and laugh! Enjoy


Friday, March 16, 2007
SP 0607
Hey fellow neighbours.. =)
although this may be a bit late ( a week late, to be exact), i- on behalf of the SP cast, esp the Acers involved, i.e. Joyce, Don and Nigel- would just want to express our gratitude for coming down to watch us on Sunday, or Saturday, or in the case of Kenny (who had no choice), both days.
We sincerely hope we made your $14 worth every cent and enjoyed the whole show.
on a personal level, thank you guys-current and old acers alike- for your wishes, your encouragement, your flowers ( & 7 bananas with each of them having a letter of my name on it), your cameras, your presence, and of course, witnessing the fulfilment of my childhood dream.
meant a lot to me. and i'm sure, the rest too.
Thank you once again for being there, and for those who weren't there..
er..
your loss la! hahahahaah... =p 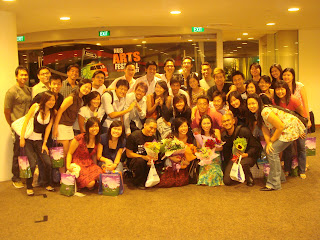 laur roared at .
in need of human touch?

In a highly anticipated match, that saw the daredevils of blk d take on our own FUFs consisting of WAI KIT, HAI PING, YUAN BIN, WANG XIAO, BINGZHI, taking place in our own com hall. despite the inital jitters where there was much kb-ing within the team, our FUFs emerged as the ultimate champions over the formidable opponents from blk d.

In the end, one of the reasons why they won was due to the fact the bingzhi was doing a great job as a healer. furthermore, haiping sacrifce his test the next day in order to fight for the crown. Haiping the man with lots of crap, turn out to be a man who can match his skills to the amt of trash. Yb, forever the serious man, did a gd job coordinating. Peter wang, did an excellent job ks wai kit and wai kit was the one leading the team to victory. 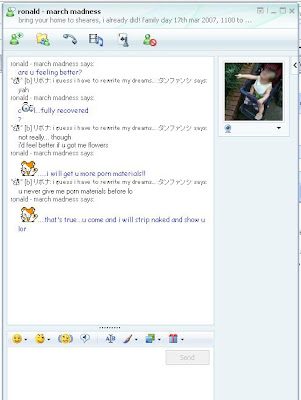 For all acers, this is the chance to meet acers for different eras! what better way to keep in contact with the family then to come down for family day on the 17th MARCH, 11am to 4pm!..
there will be lots of games, lucky draws, free food!!!!

bonanana roared at .
funny shit re the 10 principles of economics actually abash is not much of a tradition since it was only started last year... haha.


bonanana roared at .
you know mayn's saying this cos she just wants to chiong right.

But like Sean said in a post not too long ago (ok, actually more than a month ago), what exactly defines us?


We are the Banana-Toting Yellow Daddies.

But seriously - what do you think defines us? When you get to your last year in Sheares Hall, when you're in your last semester, when you're leaving hall for good in a matter of weeks (sobs), you look back and realise you haven't really created much of a culture to pass on. Don't let that happen to us and yourself.

LET'S CARRY ON THE TRADITION OF THE ABASH! ;)