Tuesday, May 29, 2007
Part timers needed for job at Changi Airport, for more details, please leave me a tag or email me at del_piero_a@hotmail.com

Please pass the msg ard. Thanks!


Monday, May 14, 2007
Hi all, I'd appreciate it if you can spread the word. Use this url: http://rabbitsneedyou.blogspot.com/ to spread it. Also this would be the website where I would put the latest update up. I understand the blk a blog should remain as 'blk a' as possible. Once again, any help in any way is appreciated.
bonanana roared at .

rabbits need your help!
Dear all,

I was cycling back to Yishun where I stay from Yio Chu Kang when I came across one abandoned rabbit. Most of you guys should know that I have taken care of one particular rabbit during the first semester (and created a small hoo-ha) of the just-finished academic year and they thus have a special place in my heart. I wanted to bring the rabbit home to take care of it until I can find a responsible owner for it. I thus tried to catch the rabbit, only to find that the rabbit runs like super-fast (ok that made me sound very stupid). Anyway, the chase ended when the rabbit went to hide in a small bush (which I guess was its home). Lo and behold I found 2 more rabbits there (a total of three). However my bike's basket could only hold 2 rabbits so I picked 2 of them them, leaving 1 behind. Much as it saddens me I could only rescue so many rabbits at one go. Now two rabbits are in my balcony running around without any cages or fences, in need of being spayed and neutered (so they won't have more babies and have a lower risk of infection) and need cages, fences, food and other essentials. Thus my appeals are as follows:


(1) Responsible owners who would want to adopt the rabbits
(2) Money so that I can get the rabbits to a vet for check ups, spaying, neutering and to buy them fences, cages and many other whatnots. I know this may smack of insincerity to some people but really, keeping rabbits are not at all cheap and I do hope that they can be well taken of. And I'm not that rich myself. Materialistic as it may sound, money is needed for the rabbits to be well taken of. Any donation would be appreciated and would definitely be used to take care of the rabbit.
(3) And rabbit equipment (cages, fences, bowls, food, etc.) would also be welcomed. Rabbit cages are not cheap. :(
(4) A temporary foster home for 4 weeks from 20th May to 16th June as I'll be in China during that period. I do not wish to burden my parents with the rabbits.

(1) and (4) are of utmost importance. If you cannot help in either 1) or 4), I hope you can consider either (2) or (3) at the very least. I will be attaching pictures of the rabbits soon. In the meantime, the rabbits need all the help you can give.


Sunday, May 13, 2007
Hey guys, if you have time, do read this. It's about what a serious problem plastic disposal is
bonanana roared at .

its the hols!!! just wondering whether anyone wan to have some blk outing or bbq during this hols? we shd try to meet up more often, otherwise we will be strangers when sch reopens!!!!


Thursday, May 03, 2007
Greeted at the San Siro by thunder, lightning and torrential rain. 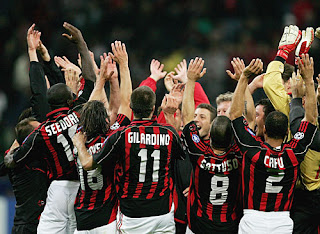 And then Manchester United walked into the greatest force of all, an AC Milan team playing a brand of football several streets ahead of anything the three English semi-finalists had managed.

United went two goals behind in the opening 30 minutes to Kaka and Clarence Seedorf, the outstanding Milan players of the two games and performers a class above anything their opponents possessed.

Alex Ferguson gambled on Nemanja Vidic and it didn’t come off. More embarrassing for a manager of his experience was the unravelling of his game plan. Setting up his side with Cristiano Ronaldo on the left and Ryan Giggs on the right, United quickly found themselves outnumbered 5-3 in midfield.

Yet did nothing until the 40th minute, when they had already been trailing 2-0 for 10 minutes. Despite the overpowering evidence of ’s superiority, he put too much faith in the attacking qualities of his own side. Fergie believed their fearless, gung-ho football would again see them through. 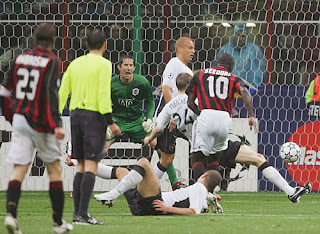 Seedorf drilling in the second

But this wasn’t a run-of-the-mill Everton at . This wasn’t a craven, callow Roma side at Old Trafford. This was the most experienced team in world football, a team heading for its third Champions League final in five years and one with, at its epicentre, a couple of the most extravagantly-talented players in the business. Only for a brief 20 minutes or so during the second half did United offer any serious threat to opponents who always appeared to have the measure of ’s champions-elect. Substitute Alberto Gilardino galloped his way en route to putting Milan beyond reach by scoring their 3rd of the night as United left gaping holes in defense in their quest to surge forward. 3-nil on the night, 5-3 on aggregate, lights out good night.

But credit to the man. As ever, he was at his best in defeat, applauding as he said: “They were better prepared, sharper, quicker to the ball and they pressed well. They were good winners.” 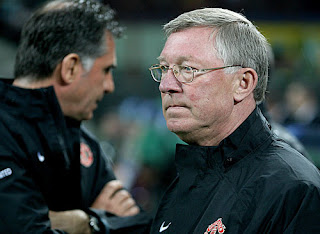 And so and is spared the terrifying prospect of a Liverpool-United final and 70,000 Englishmen descending on the Greek capital. Instead it will be a re-run of the epic 2005 contest when Rafa Benitez’s Reds came back from the dead to lift the trophy after a penalty shoot-out. What a prospect we have in store with eight of that night’s side still plying their trade for the Rossoneri, all hellbent on revenge.

A night that had started with so much hope saw United out-thought, out- manoeuvred and, worst of all, outclassed. And that by a team all Italians, quick to ridicule extravagant claims of English club dominance in , will point out are trailing in third in Serie A. 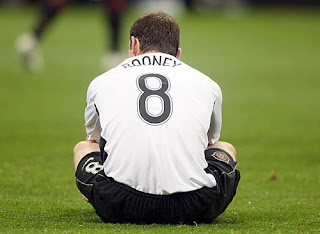 The better team deservedly won on the night and the author is left to rue yet another near-missed glorious opportunity of United lifting Europe's most prestigious and coveted prize.
Upbeat however, at the prospect of claiming the domestic league and cup double. 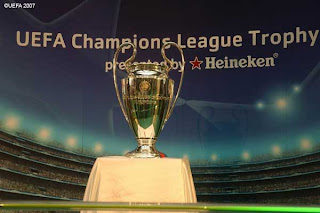 Tonight's second leg semi-final, that at Old Trafford provided so much drama and beauty, is breathtakingly poised. Although their first-choice centre backs, Rio Ferdinand and Nemanja Vidic, both did travel, they have not played together since the stonebuilt Serb dislocated his shoulder at the end of March. In eight subsequent matches, United have kept one clean sheet and conceded 11 times.

Ferguson must believe that Milan, who require the archetypal Italian scoreline, a 1-0 home victory, will score. Having seen Patrice Evra and Gabriel Heinze collide to provide Kaka with an open route to what should have been a decisive second goal, throwing in Vidic seems like an acceptable risk. Ferdinand, who has broken down with a groin strain in successive matches, is another matter. His susceptibility to aggravating the injury might play on his already suspect but improving concentration.

This is the third time Manchester United have faced Milan in the San Siro cauldron and on each occasion they have failed to score. In 1958 and 1969 the price was a European Cup final; two years ago it was the pain of admitting Carlo Ancelotti's side were playing football on a different plane.

They need a sweeping, confident display such as the Ryan Giggs-inspired demolition of Juventus in the Stadio delle Alpi four years ago, which was the last time United slew a big European beast in its own lair. There are obvious parallels with Ferguson's last semi-final against Ancelotti, in 1999. Then, having drawn at Old Trafford, United fell two goals behind to Juventus - scored by Filippo Inzaghi, who will lead the Milan attack tonight - and recovered to win 3-2.

It came at the cost of the loss, through suspension, of Paul Scholes and Roy Keane for the final. Should either Scholes or Cristiano Ronaldo be booked, they will suffer the same fate and so, incidentally, will Paolo Maldini.

This season there has been a waterfall of words expended on Wayne Rooney and Ronaldo, and rightly so. Plethora of superlatives have been showered upon and pundits n commentators alike will be forced to scour their dictionaries for yet another enticingly virtuoso display by the duo. Nevertheless, a trickle on some real heroes, John O'Shea, Darren Fletcher and Wes Brown: squad players who stepped up in a way some did not think them capable. Fulfilling Ferguson's prophetic words of these so called fringe players who would win them championships.

All in all, mouth-watering clash of 2 truly European greats. This extremely biased n irrationally skewed author will stick out his neck n triumphantly predict a 2-1 victory for the Pride of Manchester. (5-3 on aggregate)

p/s open invitation to all who wants to go watch the game tonight..
will leave around 0200 hrs. come for the game, if not, the company =)
destination undecided. contact any level 2 guys for further details.. 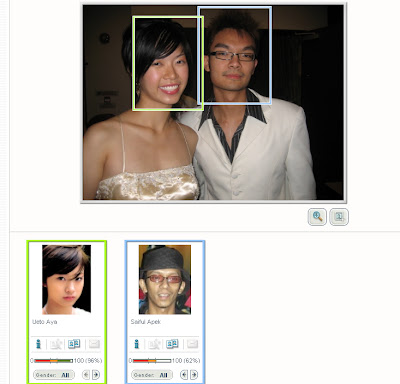