Funny Photo Of The Month 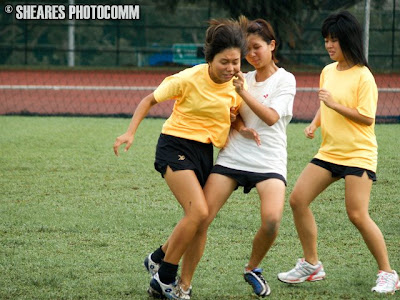 This is how level 6 guys call Josh to play dota

Throw the hamsters down when you're gonna play dota - big josh


Acer roared at .
Turn on the speaker for this


Acer roared at .
credit to juni who got this....reminds me of HAOJIE!!!

This morning, we observed that there was a bottle of urine-like substance in a NeWater bottle hanged outside the handle of Mr Bai's room. (Refer to Photo Exhibit 1, 2 and 3) 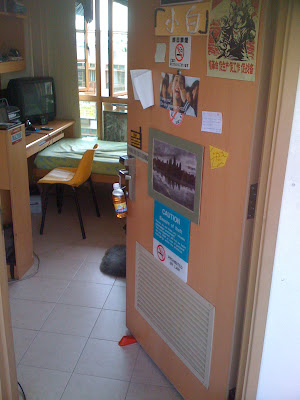 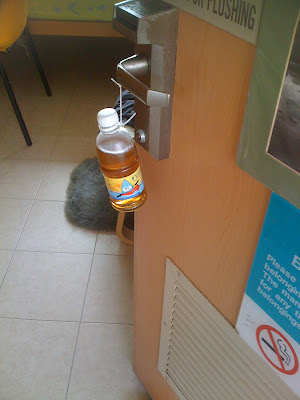 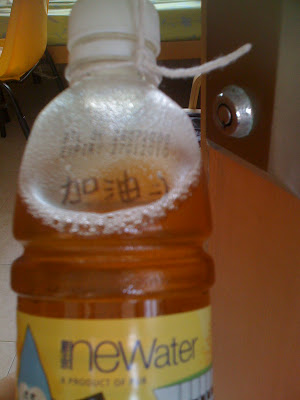 Photo Exhibit 3
Upon closer inspection and opening of the bottle, we realised that it is not urine, but herbal tea.
We also realised that there was a handwritten 'Jiayou' near the top of the bottle, as seen in Exhibit 3.
We appeal to all members of Block A to keep a lookout for Mr Bai's secret admirer and tell her/him that she/he has fallen for the wrongest guy in the block already, and that she/he needs to really need to wake up her/his idea and find a better guy.
In the meantime, i appeal to all Block A people to find out who is the secret admirer, it's time to take revenge for all the suanning, stealing of matri card, dousing of water, name-calling obscene groping that Mr Bai has done to you. We must make him pay for his treachery.
P.S. Mr Kuku also appeal that he also like herbal tea and that he will fully appreciate nice pretty girls to make herbal tea for him instead of Mr Bai. 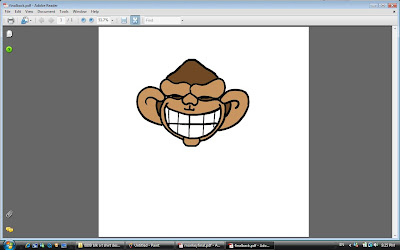 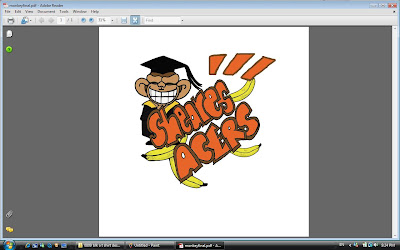 coming soon...
(thanx xiu xiang for the design and han jing for the editing!)

I am sorry to inform that one of our block A block commer has requested to move to block D to pursue his lifelong happiness. Block A will definately miss him and hope that he will be happy ever after.

Warning: video attached may be disturbing to some. If you happen to be a muslim acer watching this video, you can pray to relieve any complex emotion that was generated. Alternatively, you can also immerse yourself into your life science textbooks to forget about this.

Thank you caroline from block D for making the above raid possible.

Are We Having Fun Yet? - Watch more Free Videos 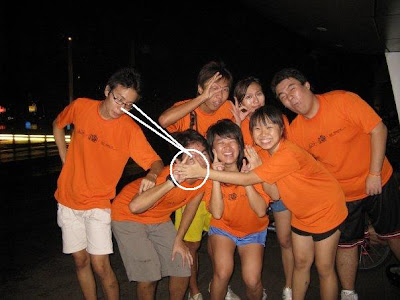 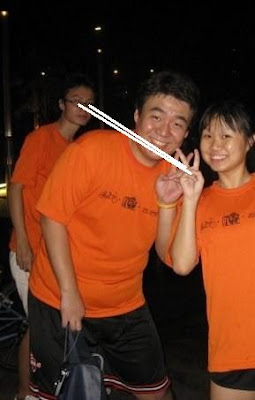 yet again, plus jealousy. 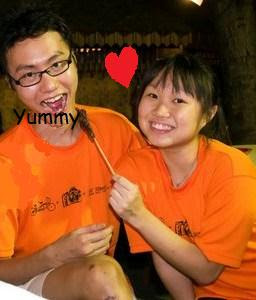 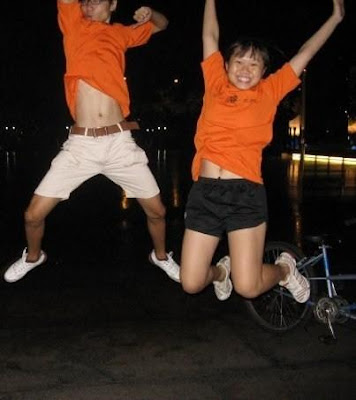 and so, happily ever after...

Sensational Face Contortion Artist
As a response to the earlier post. This is a picture of that **. 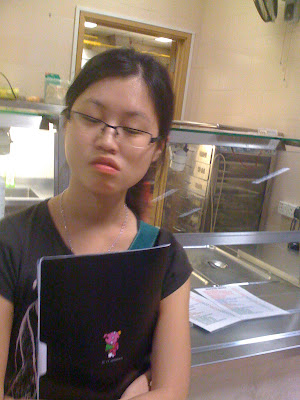 
From this photo evidence, we can hypothesize the following.

2) ** sleeps with the right side of her face against the bed.

3) Y***bi* kisses with his mouth slanted to the right.

Please share your views and propose new observations that can help us forward our scientific analysis of the slanted mouth girl.


Where in GOOGLE Earth is Matt?


What happens when you travel around the world and do lame shit? 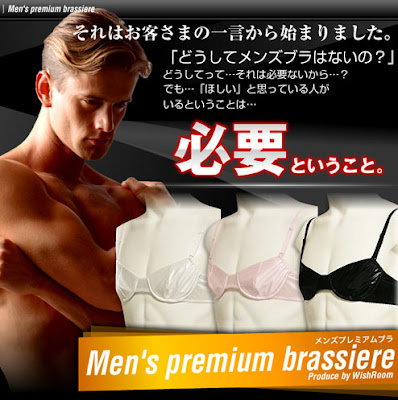 shiping is a good singaporean cos she wants to help us increase the birth rate!
jiayou!


Soo Dua Liap on the treadmill

escalator stunts. don't do the last please. else you will look like xuda. the start of my spamming spree. guys, post funny vids here for the rest of us to destress too 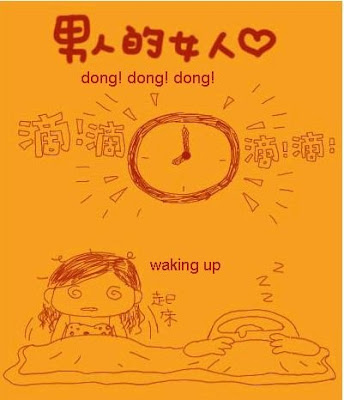 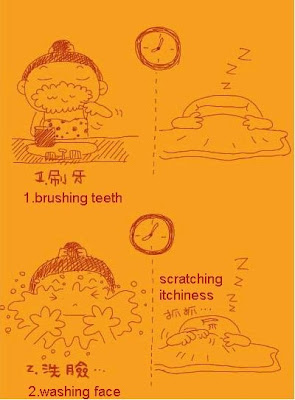 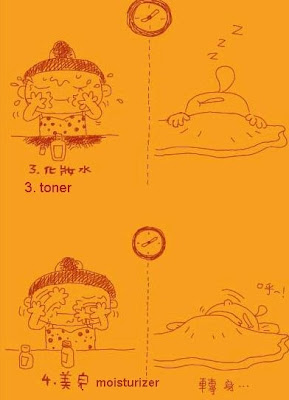 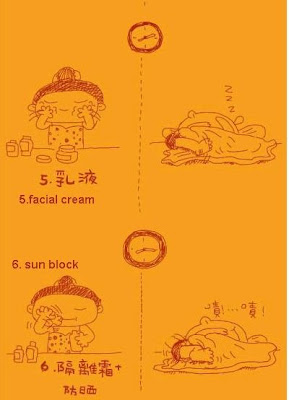 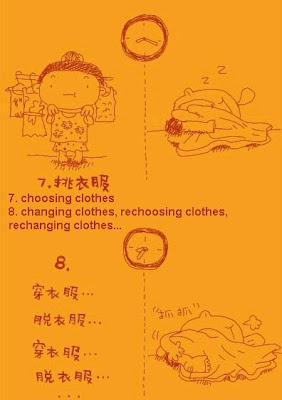 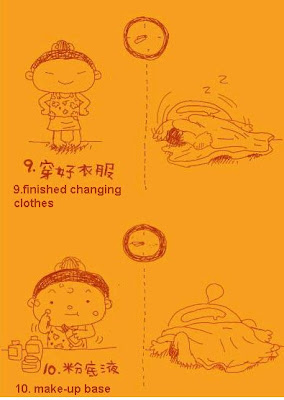 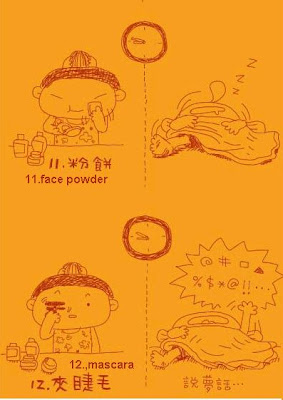 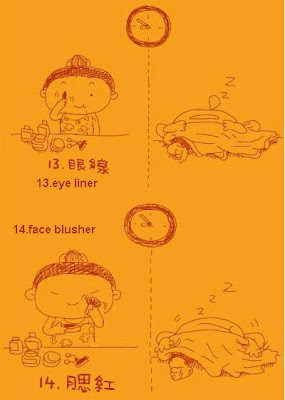 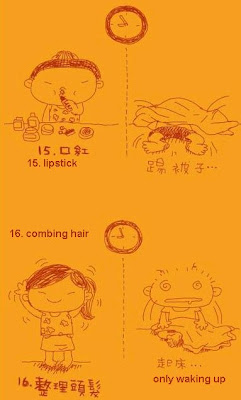 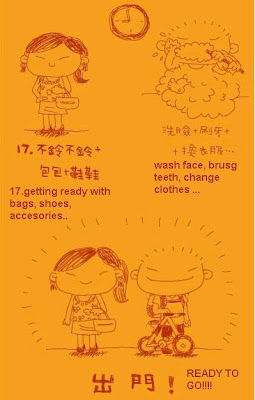 The Power of Photoshop..
Day dreaming about what you wanna do during this coming holiday while in the midst of mugging???.. learn how to photoshop la! 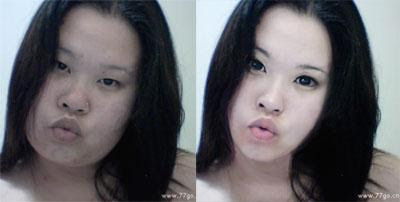 No need to spend money do plastic surgery. Use the money to ask Master KUKU to teach you some photoshop skills.

reported by the innocent minglun

BREAKING NEWS
To relieve some of that exam stress, here is a piece of interesting news that is piping hot off the press.


It was a sight to behold for the lucky few who were present at breakfast this morning 12 November 2008 at approximately 9.15 a.m, Leong Meng Loon, aged 23 was seen carrying the entire tray of pepper and soya sauce from the Block A table and sauntering to the table that is usually populated by Block D occupants. Out of curiosity, the Acers looked over and all was clear. Leong was publicly spending some quality time with a mystery girl. After some careful observation, Leong was clearly exhibiting visible happiness and joy that particular morning, in the presence of that girl. 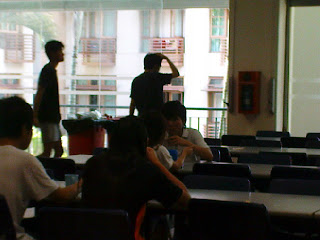 Leong was previously sighted having a similar rendezvous past midnight a few weeks ago. But there was insufficient evidence to nail the culprit. Over time, the jury decided not to pursue the matter. However, Leong showed no signs of remorse and did not know better than to incur the wrath of the authority.

Several hours after the sighting of the day, a single session of interrogation conducted by yours truly was held over MSN. According to the facilitator, Leong was observed to display signs of initial denial, then multiple attempts at diversion from the topic. Such characteristics of escapism are symptomatic of a guilty conscience and on the verge of confession. Upon that, the interrogator persisted in seeking nothing but the absolute truth from Leong. After an arduous period of three quarter of an hour, the man could take it no longer, having suffered an upheaval of emotions in which he found it impossible to contain his overflowing desire, he finally succumbed to confession.

The following piece of evidence reveals the final conclusion of the interrogation. Given both pictorial and stated evidences, there is sufficient proof in the court's conviction of Leong, drawing the entire case to an indisputable official close. 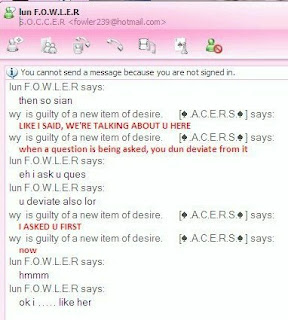 
Tuesday, November 11, 2008
An issue of apology
After receiving comments on how inapt were my articles for the blog, I have hereby decided to remove all my posts i have published over the past 2 days. I am terribly sorry for all the distress i have cause to any affected parties, especially the 2 people involved. I wish them all the best and honestly, i have meant no harm or what not in my previous articles.

By sending your email requrest for midterm score, I assume that you are mentally strong enough so that your score obtained from us will not make you sad and affect your performance of your final exam in this and other modules. If this is not the case, you must not ask for the midterm score from us.

I am not mentally strong enough
So I'll not be asking for my scores.
Haha.

Controversial Singaporean blogger Steven Lim posted a message on his site offering $5,000 to anyone who wants to be his girlfriend, but has yet to get a single reply after 19 days, local Chinese daily Shin Min Daily News reported.

Lim told Shin Min that the lack of a response to his ad does not bother him, "It's really all for fun. I'm just trying it out to see what kind of a reaction I'll get from this."

"If I eventually receive an application, I will definitely give that girl the promised $5,000 cash prize. It's not as if this amount of money means a lot to me!", Lim told Shin Min.

He also told Shin Min that he used to know a number of Netizens through his blog, and will chat with them on a regular basis. However, the number of friends on his chat list has dwindled since he uploaded the clip with a message seeking a girlfriend. Lim said, "Maybe they were worried that I'll be mistaken that they are chatting to me just for the money."

Steven Lim claims on his blog that he is the "world's most handsome guy" and also claims to be the "shareholder of seven big public-listed companies". He describes himself as a very adorable person and that any girl who will be with him is guaranteed to be very happy.

He also listed some requirements for his prospective girlfriend-to-be, stating that she must be "pretty, nice, faithful, gorgeous and rich". He also wrote that he does not care if the other party is "black, white or orange" and will accept her as long as she is willing to adopt him.


Saturday, November 08, 2008
seniors going/coming back from NOC/SEP
Hey seniors, those who are coming back/ going for NOC/SEP next sem pls inform me by 10 NOV.
I will need the following detail:
- specify date of leaving/coming back so that I can plan the accomodation

I know this list lacks a lot of names so pls update me via hp(98570825) or email(xyonglinx@gmail.com). you can also inform any of the block commers.

Good luck for the exams everyone! 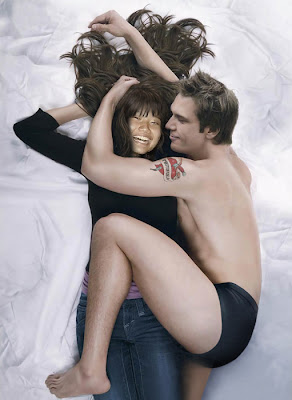 Oh no! What is Jarubu going to do now :(